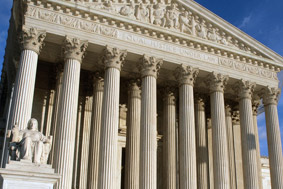 It has long been a maxim of American jurisprudence that a criminal defendant has a constitutional right to the effective assistance of counsel. It’s not enough for someone accused of a crime to simply be represented by an attorney. Rather, the attorney’s representation must be both meaningful and competent.

Before they register, sex offenders participate in a hearing to determine what level of risk they pose to the community. Generally, courts use a points-based system to classify offenders.

Level 2 and Level 3 offenders must register for life. Their names, photographs, addresses and descriptions of their offenses are made available in a public database.

All sex offenders are subject to supervision by the Division of Criminal Justice Services, although the level of supervision varies depending on the level at which the offender is classified.

In the appellate court case, Ronald Bowles challenged his classification as a Level 2 sex offender. Bowles had been convicted of acting as a lookout and restraining a victim while she was raped by his co-defendants. He was not convicted of an act involving sexual contact.

Bowles claimed that his lawyer’s failure to raise a number of issues during the classification hearing deprived him of his constitutional right to effective counsel.

However, prior to Bowles case, New York courts did not recognize a constitutional right to effective assistance of counsel in a sex offender registration hearing. The court ultimately found that the interests of justice require sex offenders to be afforded such a right.

Unfortunately for Bowles, this new right didn’t win him any relief. The court decided that Bowles was properly classified as a Level 2 sex offender. Although it did agree that Bowles’ lawyer made some misjudgments, it did not think the lawyer’s conduct was so egregious as to deprive Bowles of his constitutional right.

If you have been accused of a sexual offense, the outcome of your case could impact the rest of your life. It is important you hire an experienced New York City sex crime lawyer who work hard to establish a strong defense.