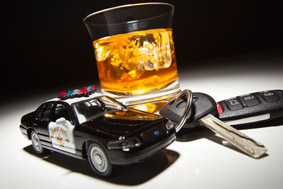 The crime of drunk driving earns significant attention and publicity. Though far less publicized, the charge of driving while ability impaired on drugs (DWAI-Drugs) can be equally serious. First offense DWAI-Drugs is a misdemeanor, and subsequent convictions are felonies. A conviction to first offense DWAI-Drugs can involve a fine, a six-month driver’s license suspension and even prison time.

What Drugs Can Lead To An Arrest?

Although many people assume that DWAI-Drugs has to involve illegal drugs, this is not the case. The use of certain controlled substances, even if prescribed by a doctor, can give rise to these allegations. In any event, it is important to seek knowledgeable legal counsel.

At Goldberg & Allen, our attorneys have defended a broad range of criminal allegations and are committed to protecting your rights and interests. Our Manhattan driving while ability impaired by drugs lawyers are prepared to defend you against DWAI-Drugs and any related drug possession allegations.

Challenging the Evidence in DWAI-Drugs Cases

In order to earn a DWAI-Drugs conviction, the prosecution must prove beyond a reasonable doubt that your driving was impaired by the use of drugs. In DWI or DWAI-alcohol cases, there is typically a breath or blood test to demonstrate intoxication or impairment. Since there are no such tests to measure drug impairment, the prosecution may have some difficulties proving this particular element of the charge. Both of our partners worked as prosecutors for many years. We understand the strategies prosecutors will employ and know how to effectively counter these strategies. As New York City DWAI-Drugs lawyers, we will devote all of our efforts to obtaining a positive outcome in your case, whether the result is a pretrial dismissal, an acquittal at trial, or a plea agreement that minimizes the applicable penalties.

Get in touch with our New York City DWAI-Drugs lawyers today to begin your defense. The sooner we are involved, the more we will be able to do to further your cause. Call 212-766-3366 or email our law firm to get started.