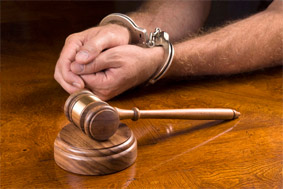 Ninety-eight individuals in New York City and Long Island have been charged with trafficking prescription painkillers. Those indicted include two doctors and a nurse. One doctor is accused of selling the painkiller Oxycodone for cash while the authorities believe the other prescribed over three-quarters of a million pills to known addicts without performing a medical exam. If convicted of drug trafficking charges, they could face up to 20 years in prison. The nurse was accused of doling out thousands of prescriptions to criminals.

Instead of pursuing addicts, the recent crackdown focused on the doctors who enable prescription drug dealers, known as “doctor shoppers”, who go from doctor to doctor to get multiple prescriptions for high-dose painkillers.

Prescription Drug Use on the Rise

The 2010 National Survey on Drug Use and Health found that over half of all drug overdoses in the United States are now prescription drug-related, more than all overdoses from illicit drugs combined. Additionally, there are 7 million psychotherapeutic drug users in the U.S., compared to 1.5 million cocaine users.

Prescription painkillers are used to treat chronic pain from injury or illness. The drugs are available in pill form but also administered through shots, patches and liquids. Unfortunately, these drugs are addictive even if used as prescribed. It is important that doctors accurately prescribe these medications to reduce the possibility that patients become addicted.

If you or a loved one has been accused of prescription drug abuse or prescription drug trafficking, it is important to protect your rights as soon as possible. An experienced Manhattan criminal defense lawyer with an extensive background challenging evidence can evaluate your case with you and review your best options for a defense.